2011.12.29We were told to be at the hotel lobby at 6:30am and wait for pickup. When we were there, there were more than 20 people waiting in the lobby. Some of them had already put jackets and mountaineering boots on. They made us feel so under-prepared. The bus arrived on time and we went around the city to pick up more travelers. We were dropped at Punta Arenas airport at 7:15am. Surprisingly, we saw the flights to Antarctica were also listed on the departure board. 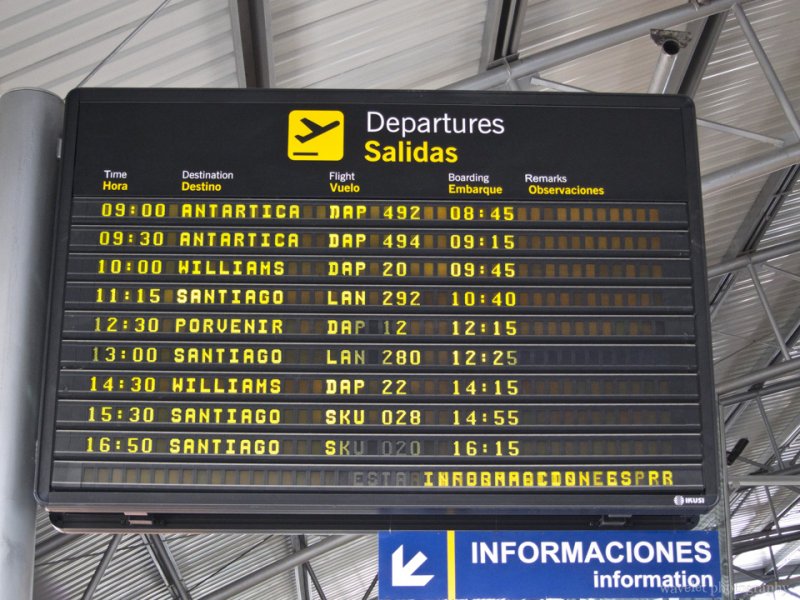 Flights to Antarctica on the departure board at Punta Arenas Airport.

We turned our passports in to the tour organizer. When we come back from Antarctica, we would be at the Argentina side. The tour company would help us pass the immigration check. While waiting to be checked in, we realized that those who were wearing professional gears are not part of our tour group. After one hour, we met them again in the waiting room. They belong to 7-Summits Club. The ultimate goal of the club members is to conquer seven highest mountains of each continent. There target this time was Vinson Massif, 4,892 meter high, in the middle between the Antarctic Peninsula and the south pole. They would be directly taken into the inland and dropped on the white continent. That is why they had put already their gears on. Compared with these people, we were really just tourists. 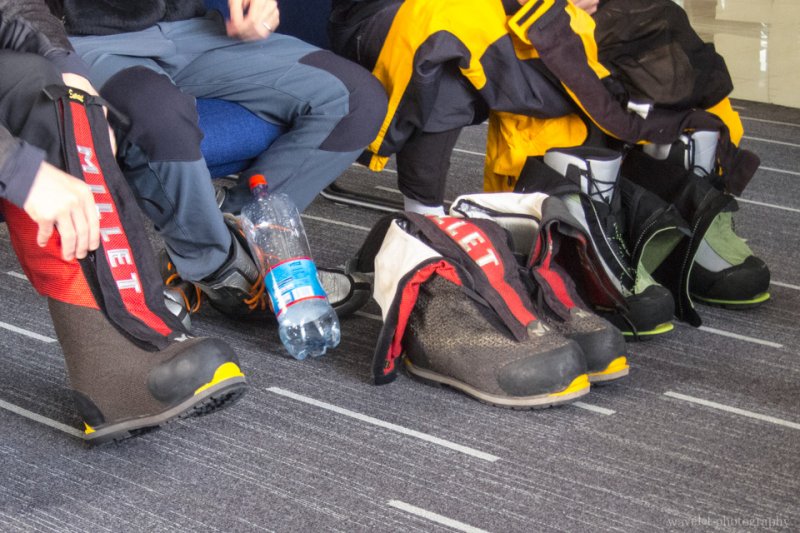 Tourists were excited when it’s their turn to board the airplane. It’s a little windy, but much less than the earlier day. 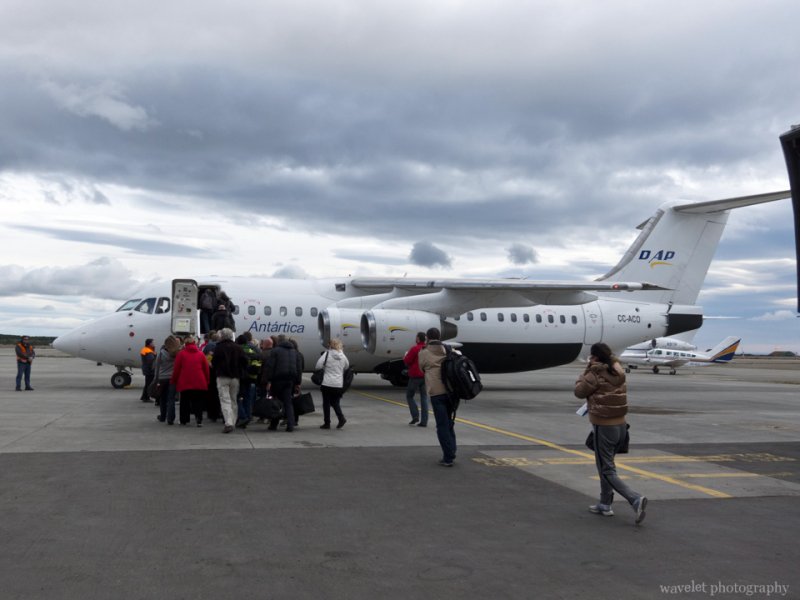 Boarding the airplane to Antarctica.

The plane took off at 10:30am. All the flight attendants were male. It was very cloudy but no storm. Sitting almost at the very end of the plane, we felt the flight was very smooth. The service was good and we had a lunch on the flight. After two and half hours, we landed at King George Island. It’s said that this is the most polluted antarctic island. Many countries have their antarctic station here. 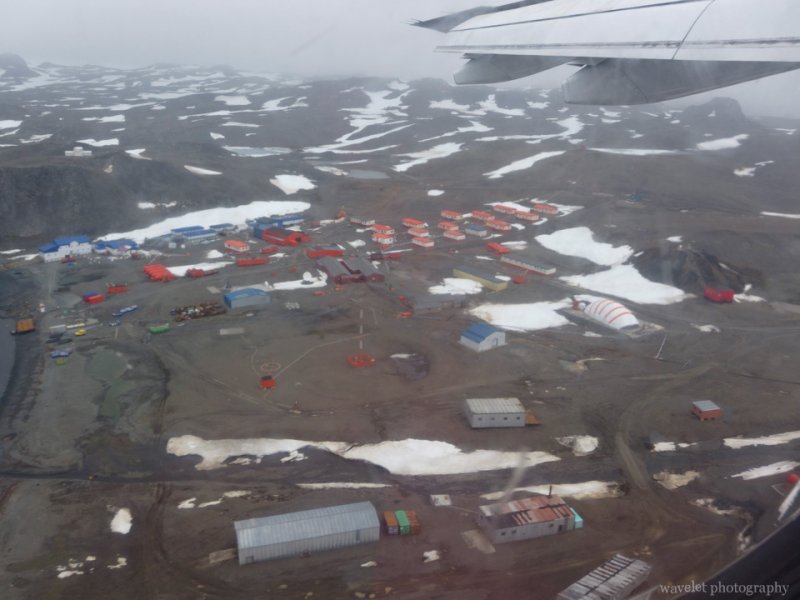 View the King George Island from above.

It was freezingly cold and snowing a little when we got off the plane. In fact, it might be the coldest day we had in Antarctica. Everyone tried to put on whatever they could find, jackets, hats, neck warmers. It was somewhat chaotic until our guides came. We left out the luggage on a plastic sheet, they would be delivered to the ship by carts, and started walking to the shore. The walk was about 1 mile, in between the Chilean Frei Station and Russian Bellingshausen. 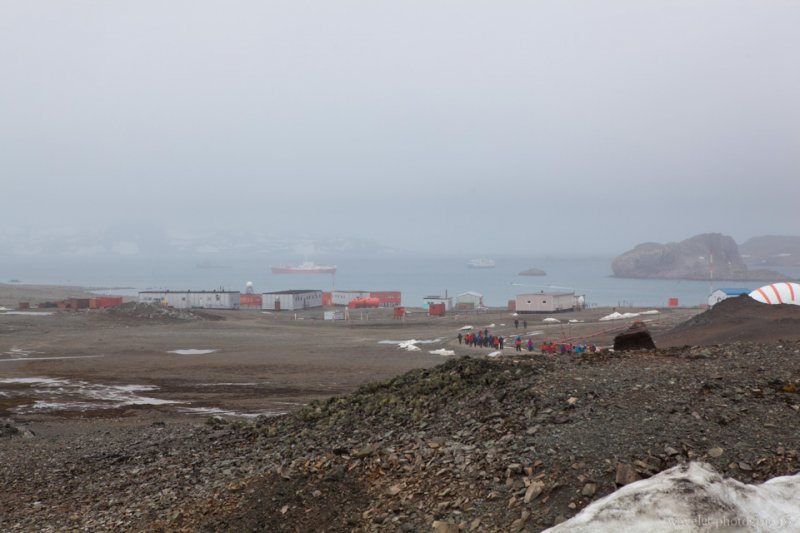 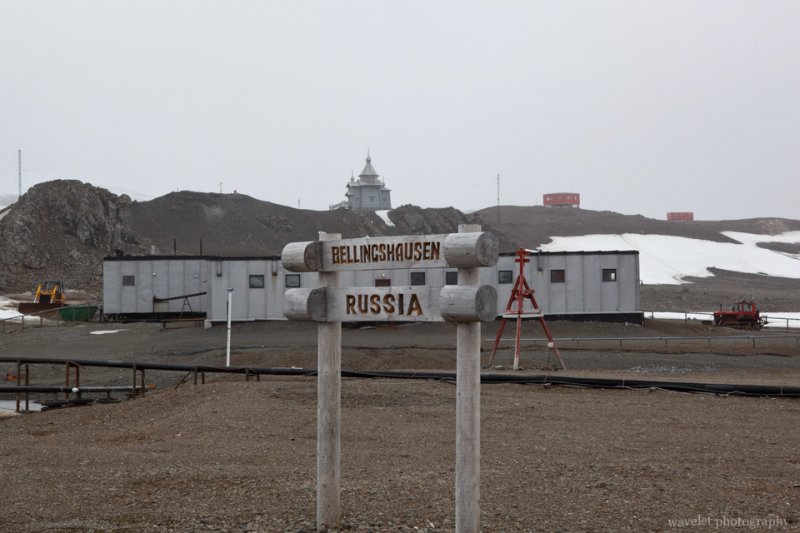 Russian Bellingshausen station and Trinity Church, an Orthodox church is permanently manned by a priest.

We had our first Penguin encounter close to the shore. They are Gentoos and Chinstraps. 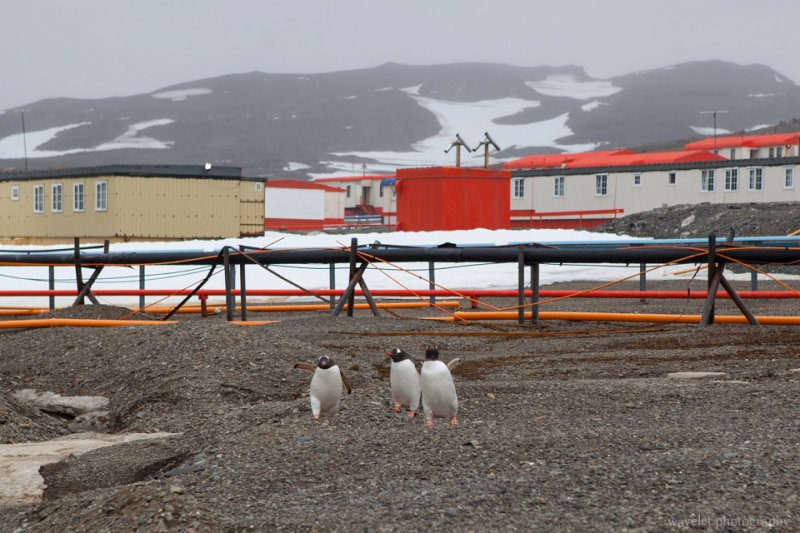 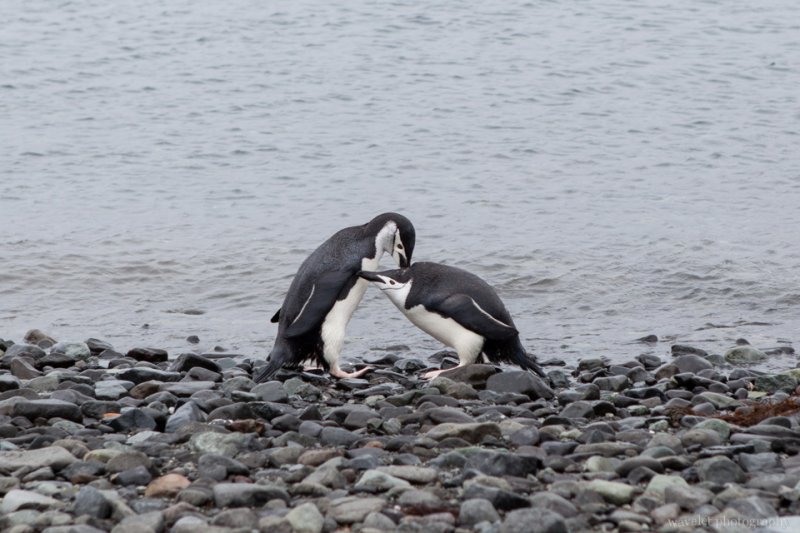 Chinstrap penguins at the shore.

Zodiacs took us to the ship at 2pm. This was our first zodiac ride. The guides gave us a crash course of how to get on and off the zodiac. At the ship, we were welcomed by teas and soups that helped us warmed up. All the passengers were assigned to their room. We had a “Shackleton Cabin”, which has its private bathroom, two twin beds and best of all, a nice window for the view. 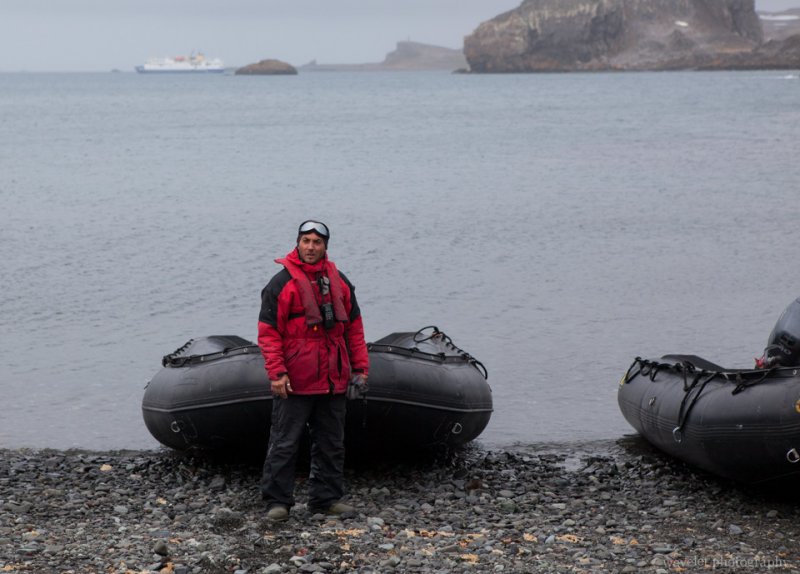 Zodiacs were waiting us on the beach. 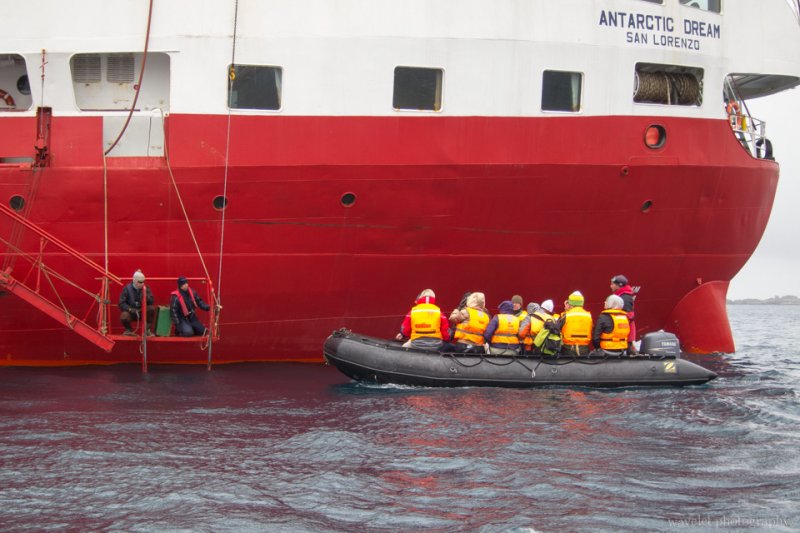 Get onto the ship from the zodiac through the gangway.

At 4:30pm, all the passengers went to the dinning room for the mandatory safety drill. The officer meet us there and took us too the deck and explained to us what to do in case of an emergency. One hours later, we had another mandatory meeting at the lecture room at the bottom of the ship. Lex, one of our guides, talked about the code of conduct for Antarctica, for example, how to behave around the animals. We were issued boots and parkas so we were ready to land in Antarctica. 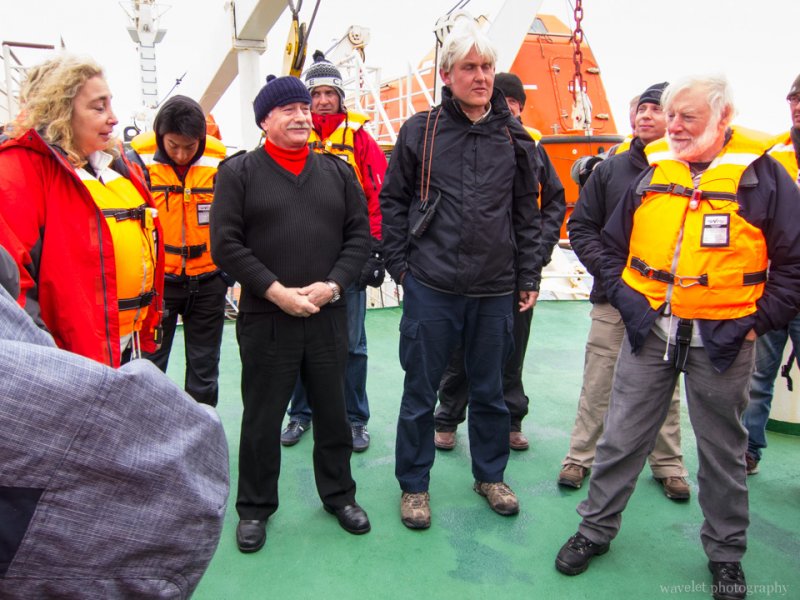 The first officer explained the safety rules. Lex, on this left, acted as a translator for him.

At 7:30pm, we had our first dinner on the ship and met all the guides and staff. The captain welcomed us to the ship and the Antarctic in English and Spanish. 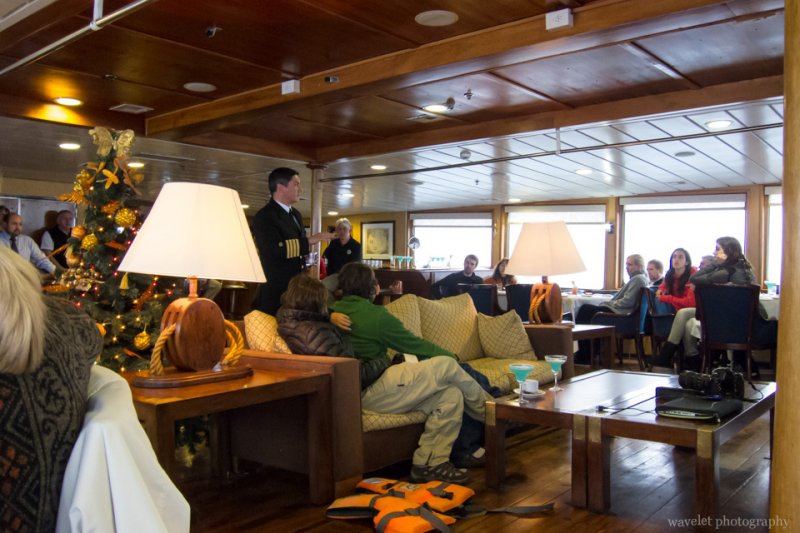 The captain welcomed us on board at the dinner.

The ship was cruising south towards Antarctic Sound and Weddell Sea. Antarctic Sound is often called as the channel of icebergs. At about 10pm, icebergs started appearing in our sight. At the year end, it’s almost the longest day in the southern hemisphere. The sun sets at 2am and rises at 5am. It’s a regret that I never stayed long enough to see the sunset in our whole trip. 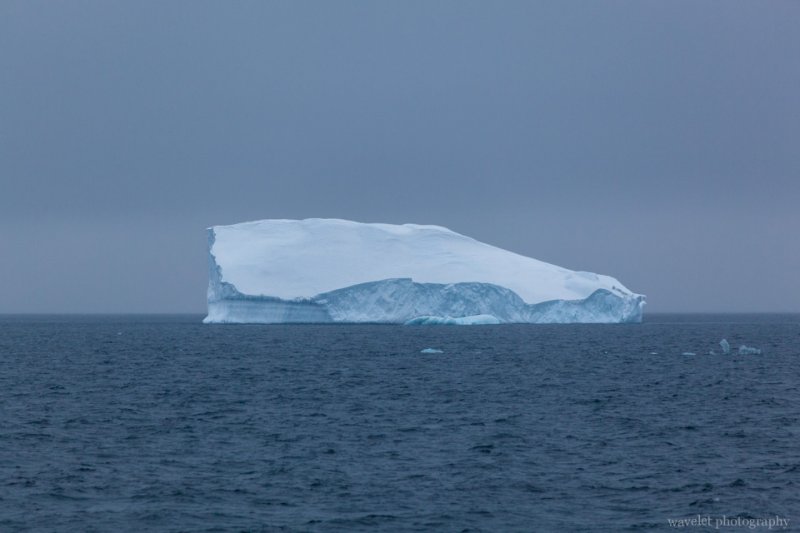 The black points on the iceberg are penguins.
Tags: Antarctica, Travel 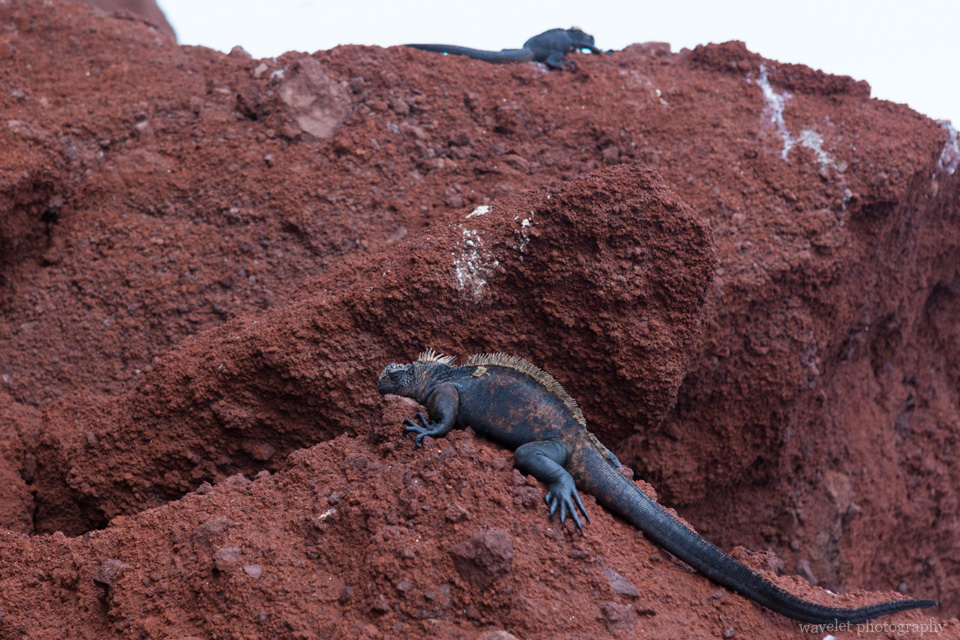 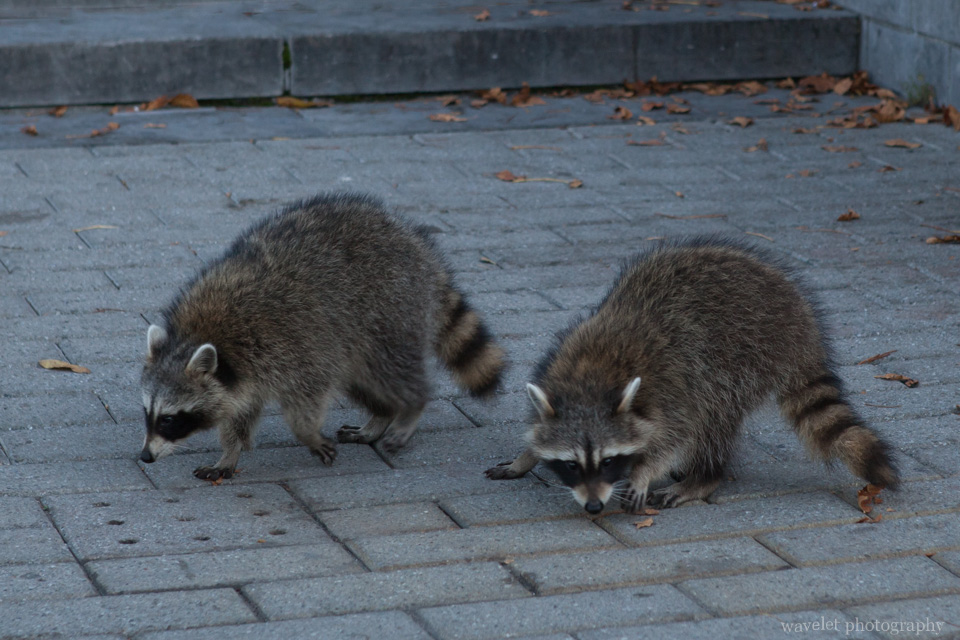 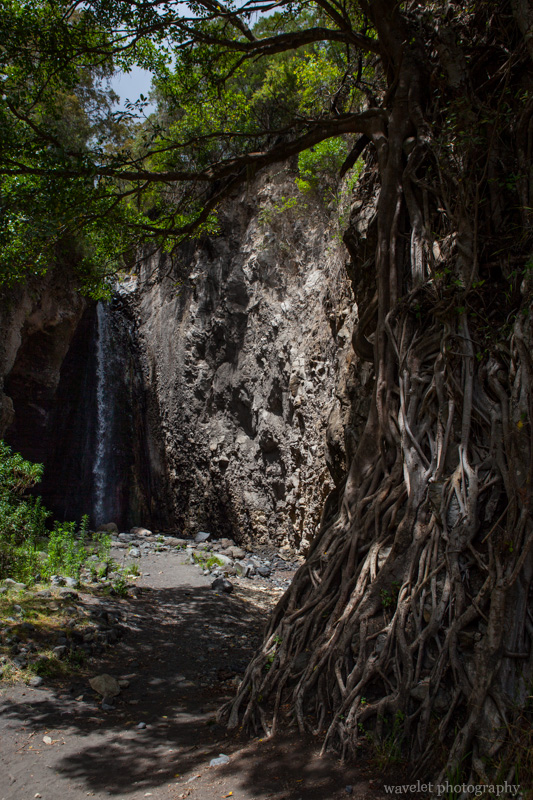 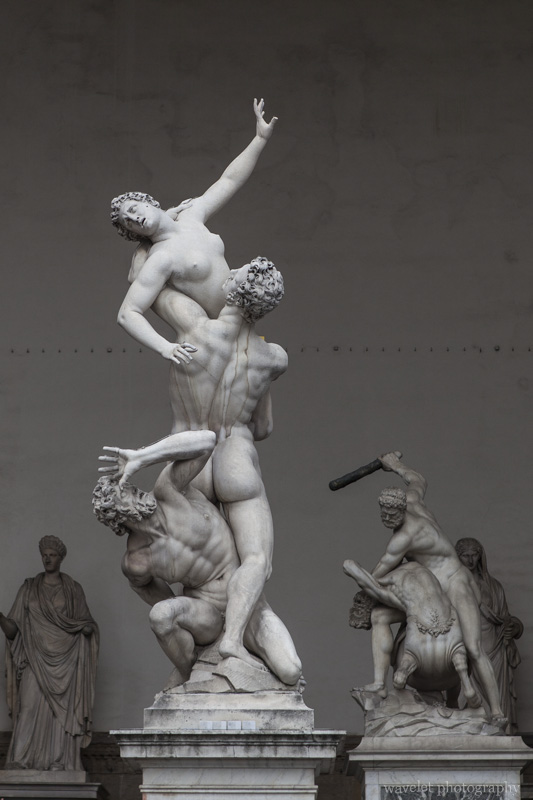 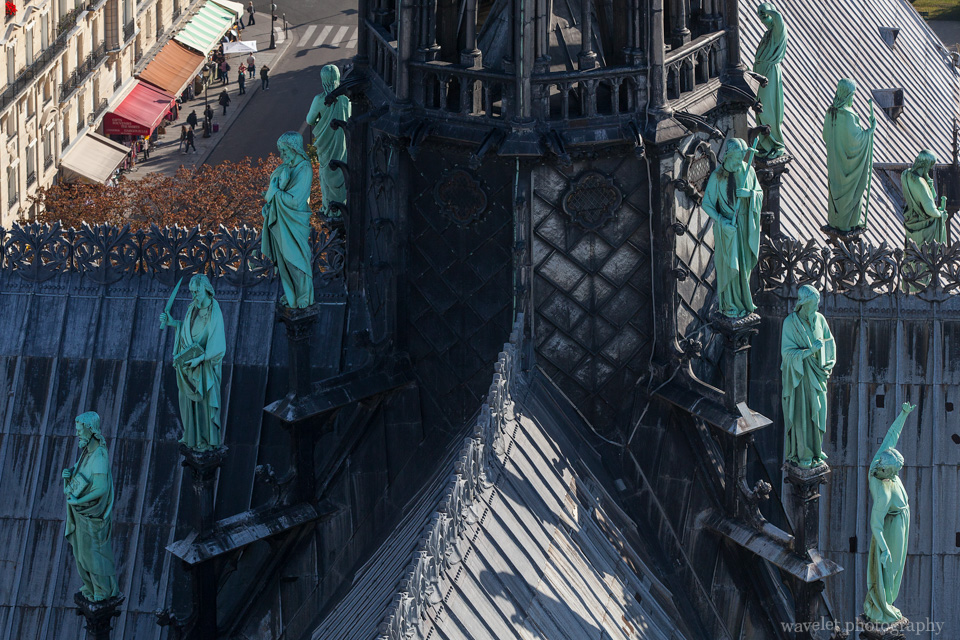 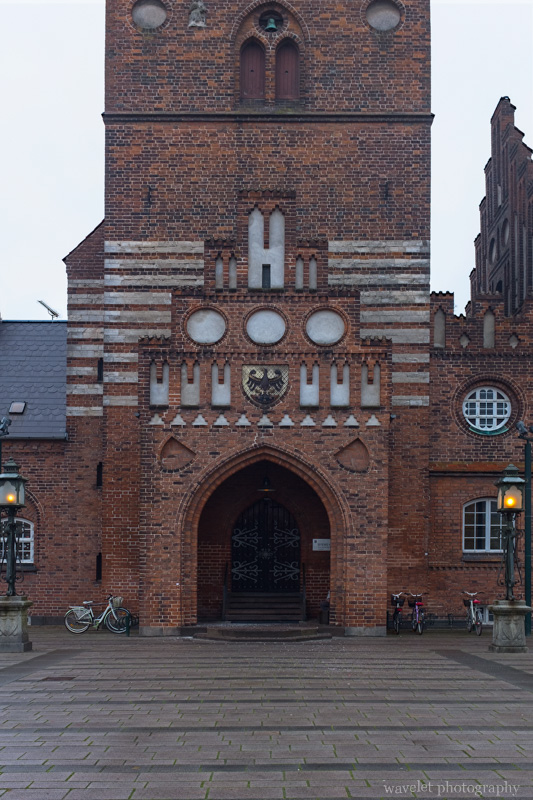 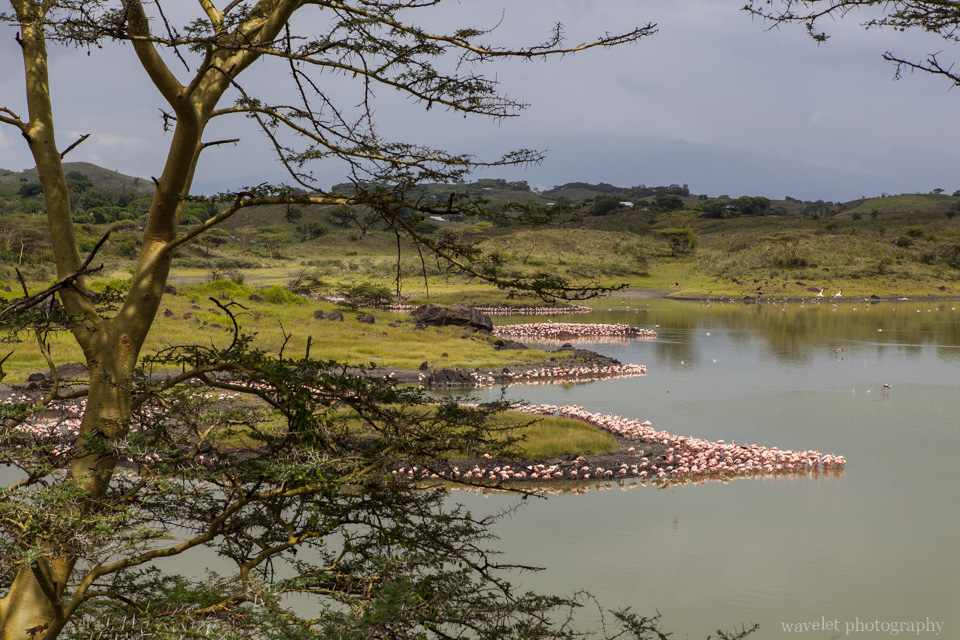 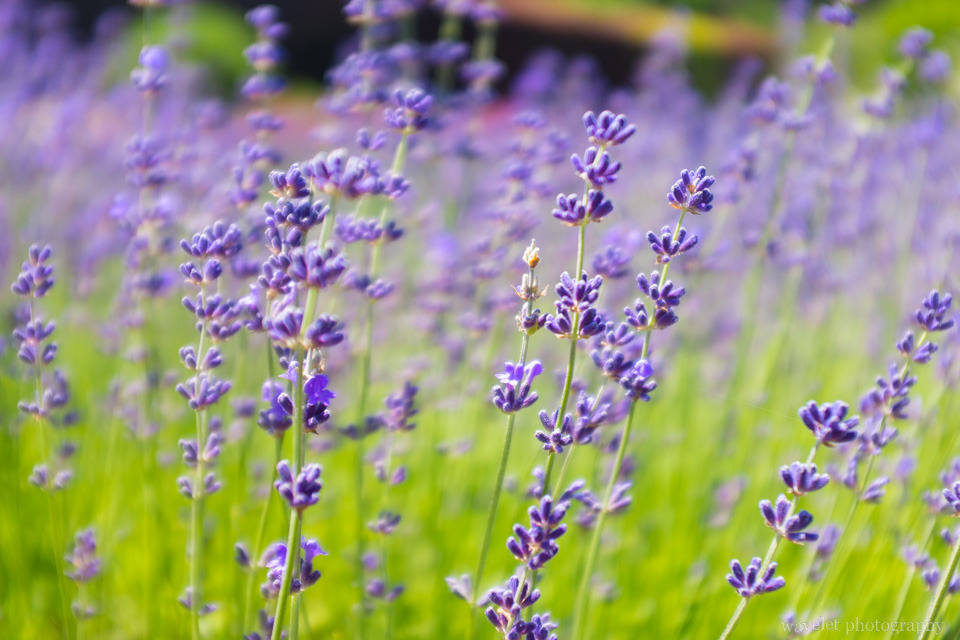 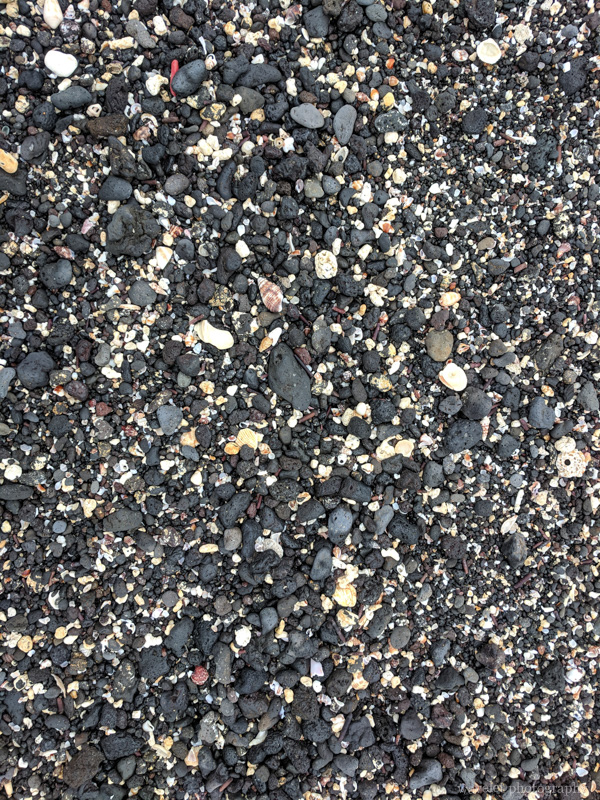 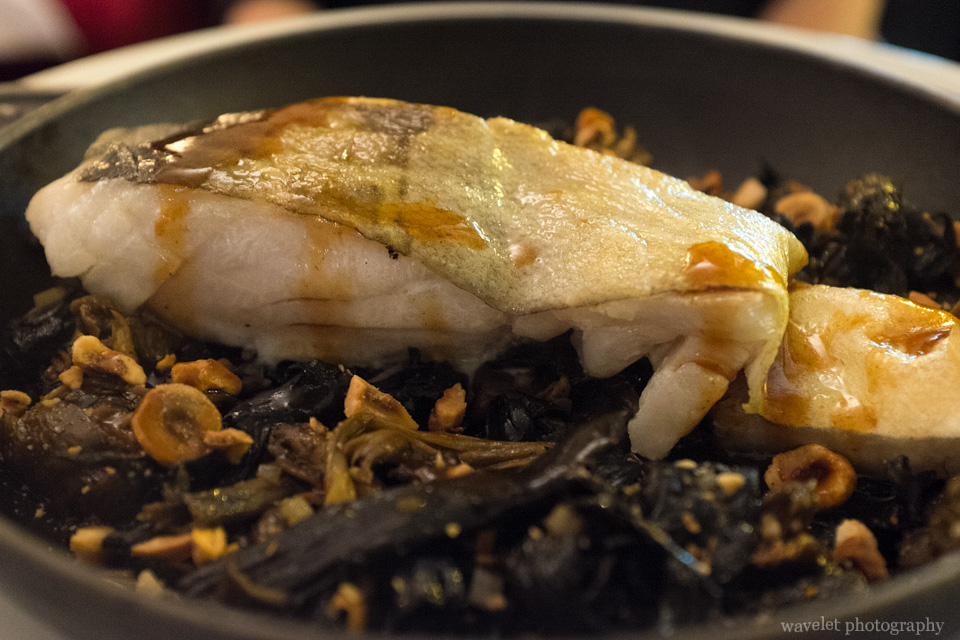 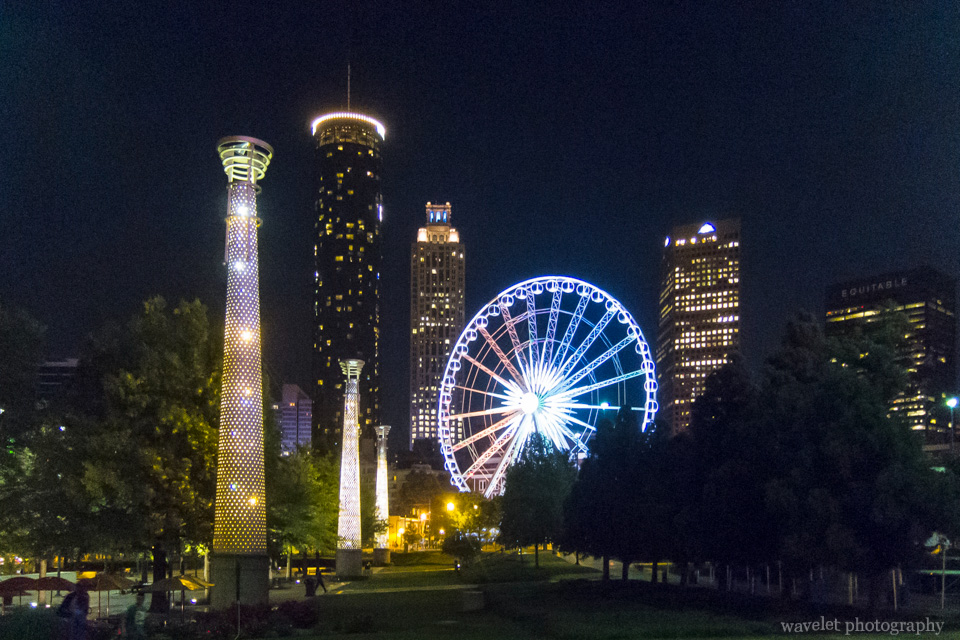 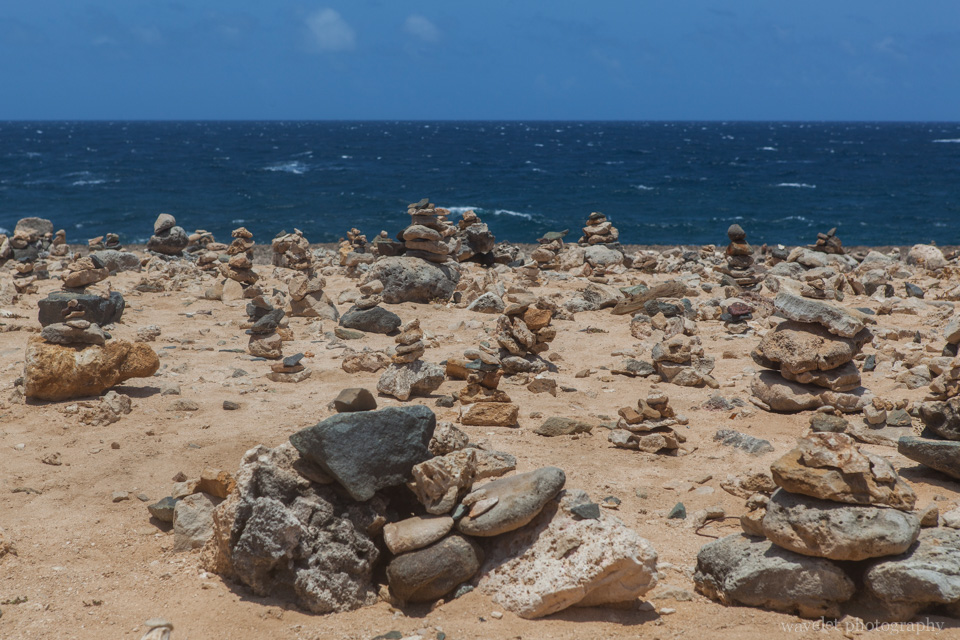 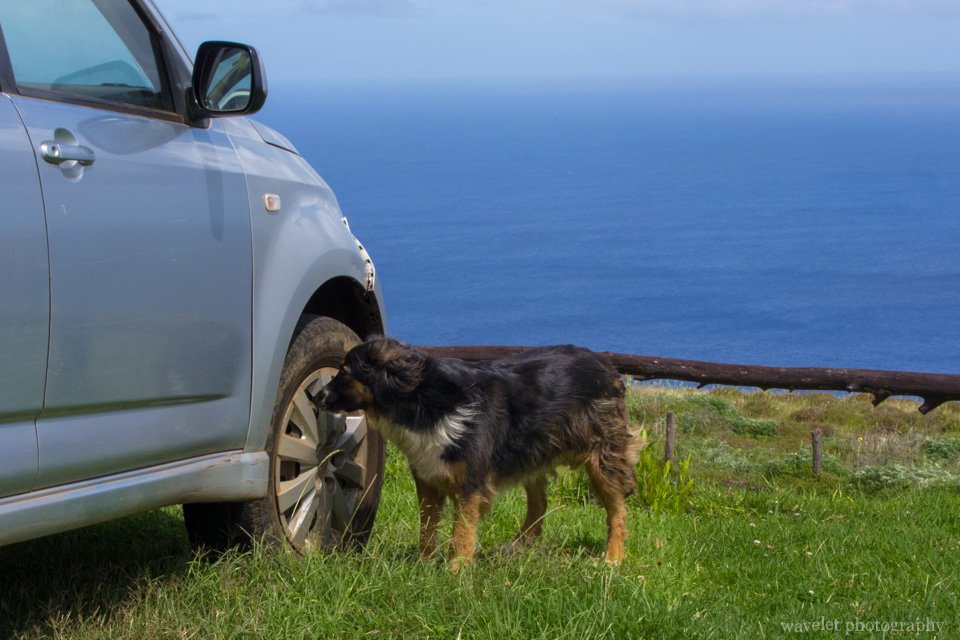 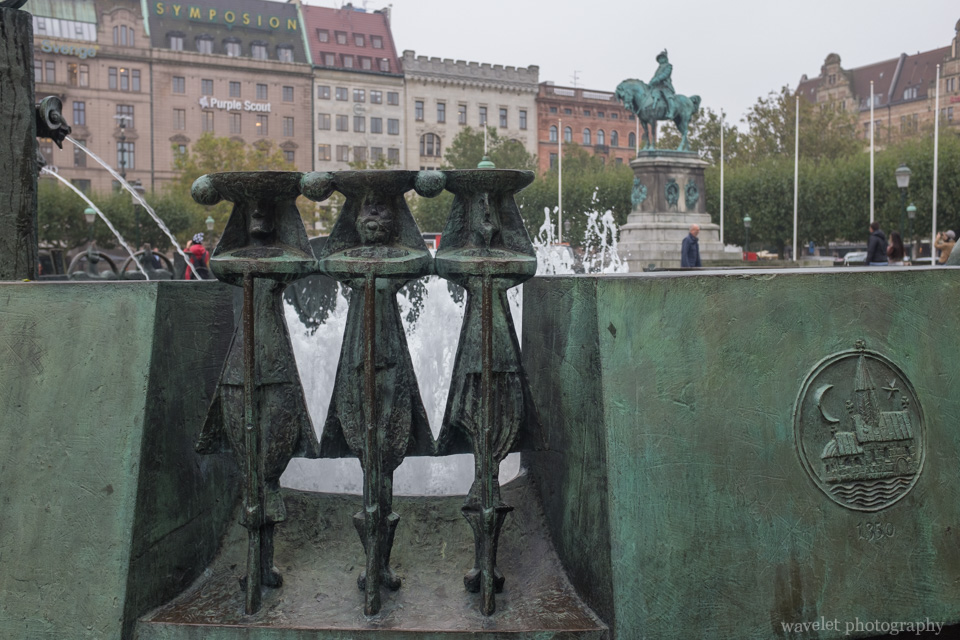 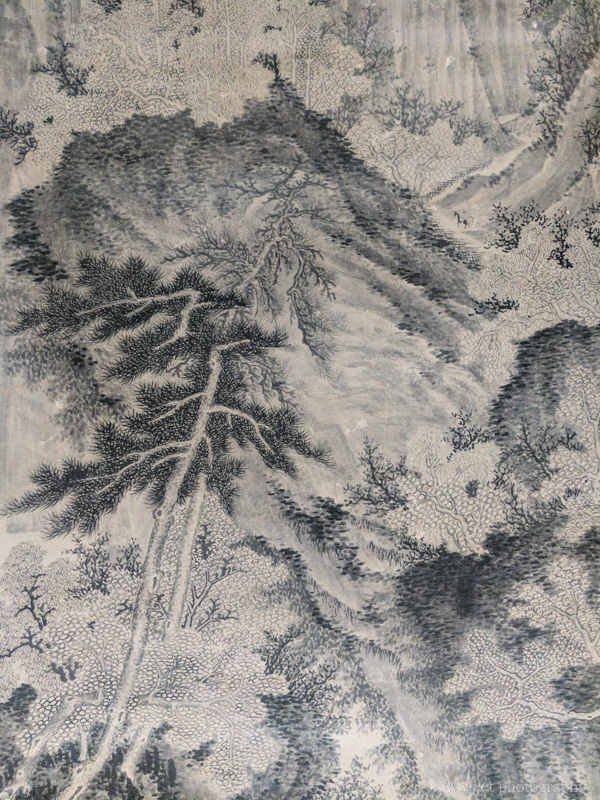 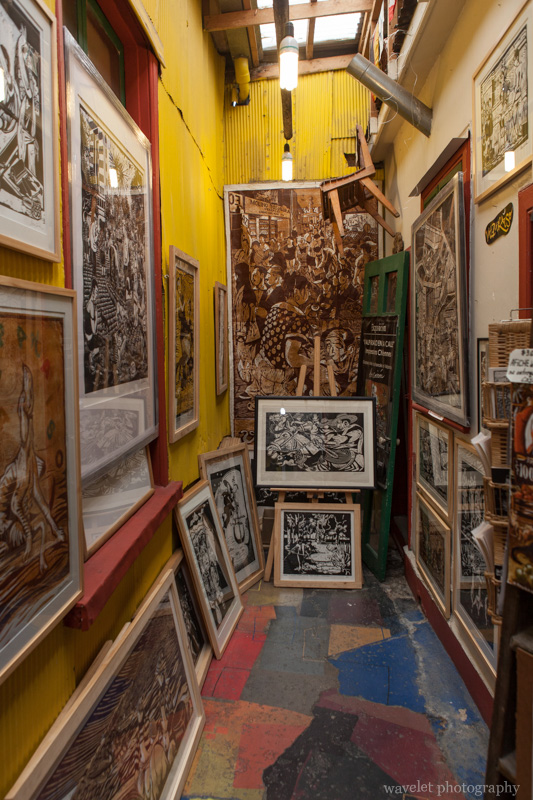 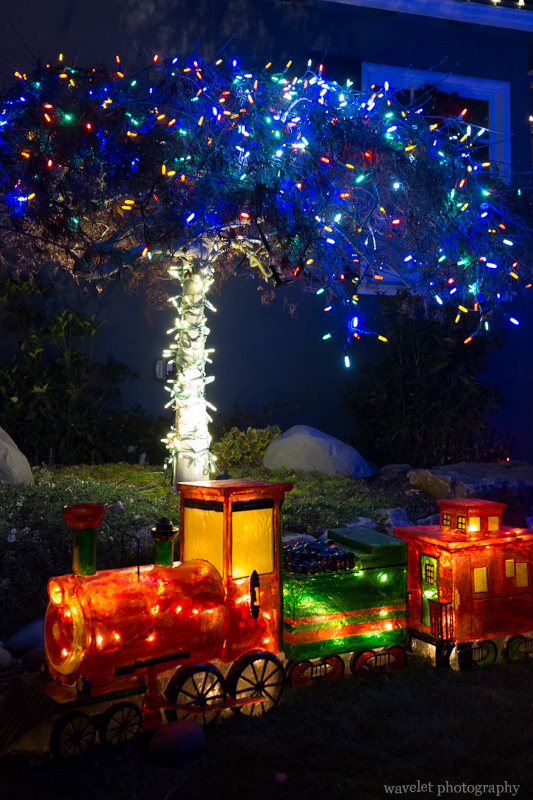